An underwater cavern in Mexico's Yucatán Peninsula was explored by archaeologists recently, and they made a wild discovery. Local villagers in the area are terrified of this cenote, and their fears were realized when they found the cave littered with elongated skulls and human bones.

The cenote, known as Sac Uayum, is just outside of the ancient city of Mayapán. This area was a major political center back in the 12th-15th century with nearly 17,000 residents. 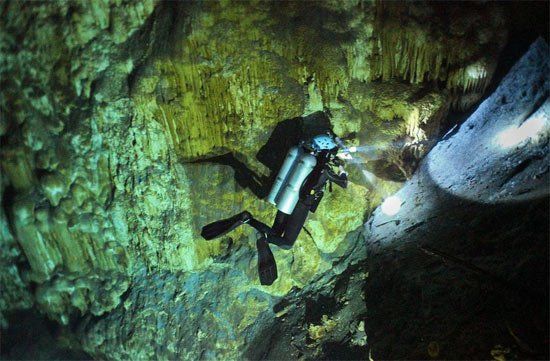 There's a local legend surrounding Sac Uayum that says it's guarded by a feathered, horse-headed serpent. The local villagers do not go near the site in fear of what lives inside. Before the archaeologists were even allowed to explore the cenote, a local shaman prepared a traditional ceremony to ask the gods permission to explore.

The archaeologists understood from day one why the villagers were afraid of the cenote, as it appeared that something terrible may have happened inside. Inside the cavern were two chambers connected by a tunnel and bones were strewn across the floors. So far, they've accounted for ten skulls in one chamber and five in the second. 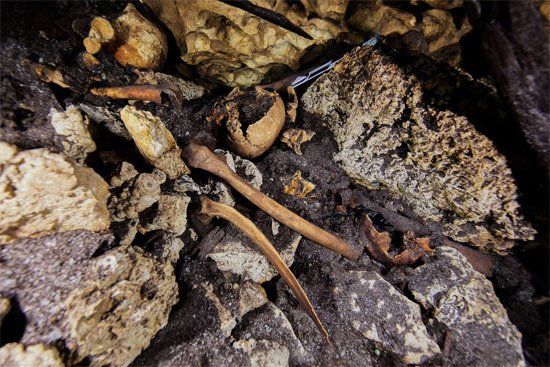 So far, cause of death has not been determined. The remains belong to women and men, adults and teenagers. Most Mayapan were buried beneath or near their homes, so this doesn't present as a normal burial ground. The Maya believed the underworld existed south of their borders, which is where this cavern is located. This could hint that the human remains were placed there to await the next cycle of creation. The other possibility is that they were plague victims that needed to be buried far from the city.