On July 2nd, 1964, then-president Lyndon B. Johnson signed into law the historic Civil Rights Act brought to the forefront of public discussion by Brown vs. The Board of Education case. The signing was nationally televised from the White House, and the Supreme Court ruled that separating children in by race into white and black schools was unconstitutional. 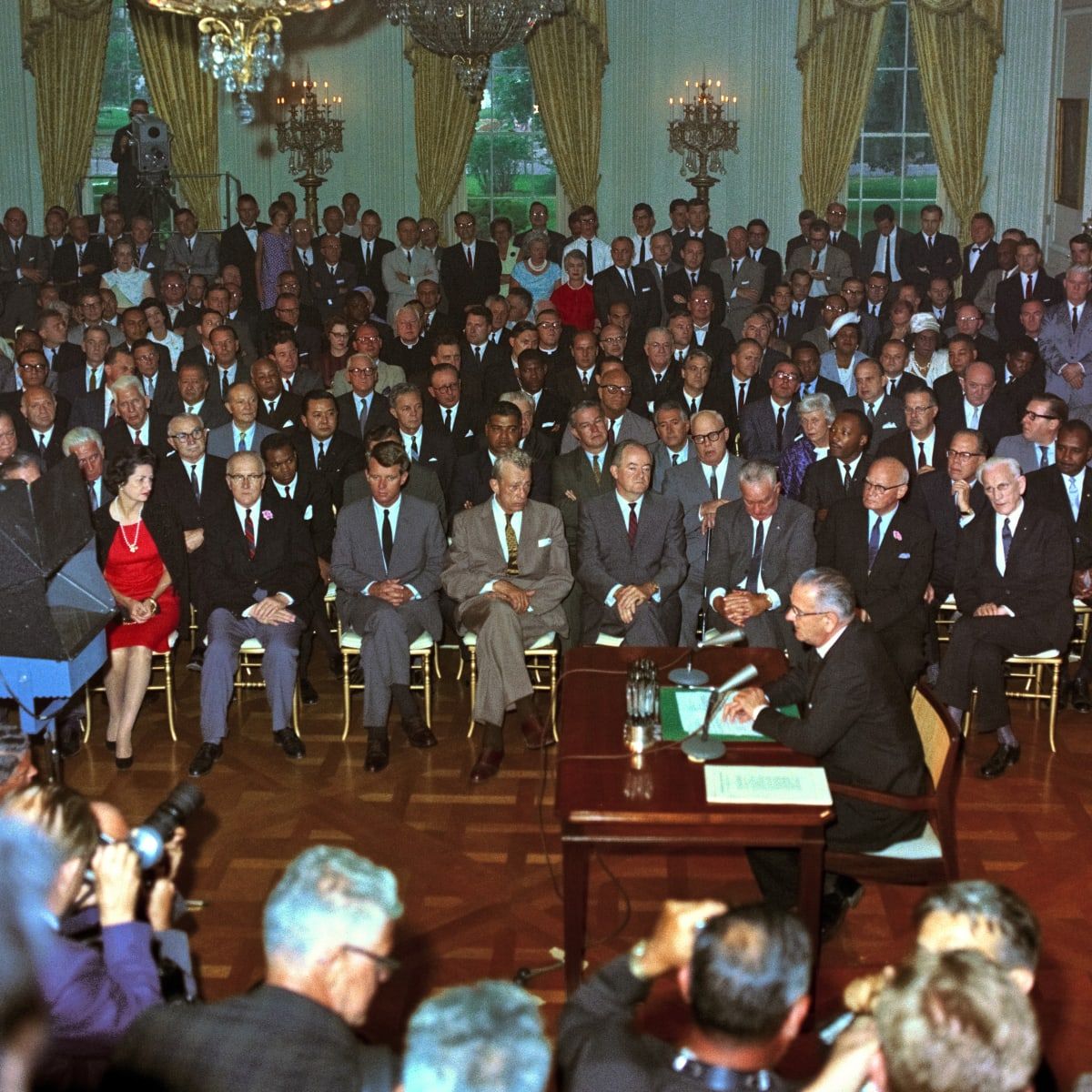 In the years since that ruling, the African-American civil rights movement made great strides in achieving equality. Non-violent demonstrations and political protests earned thousands of supporters for the movement. Almost an entire decade before the ruling was the infamous Alabama bus boycott that resulted from Rosa Parks' refusal to leave her seat for a white woman to sit down. 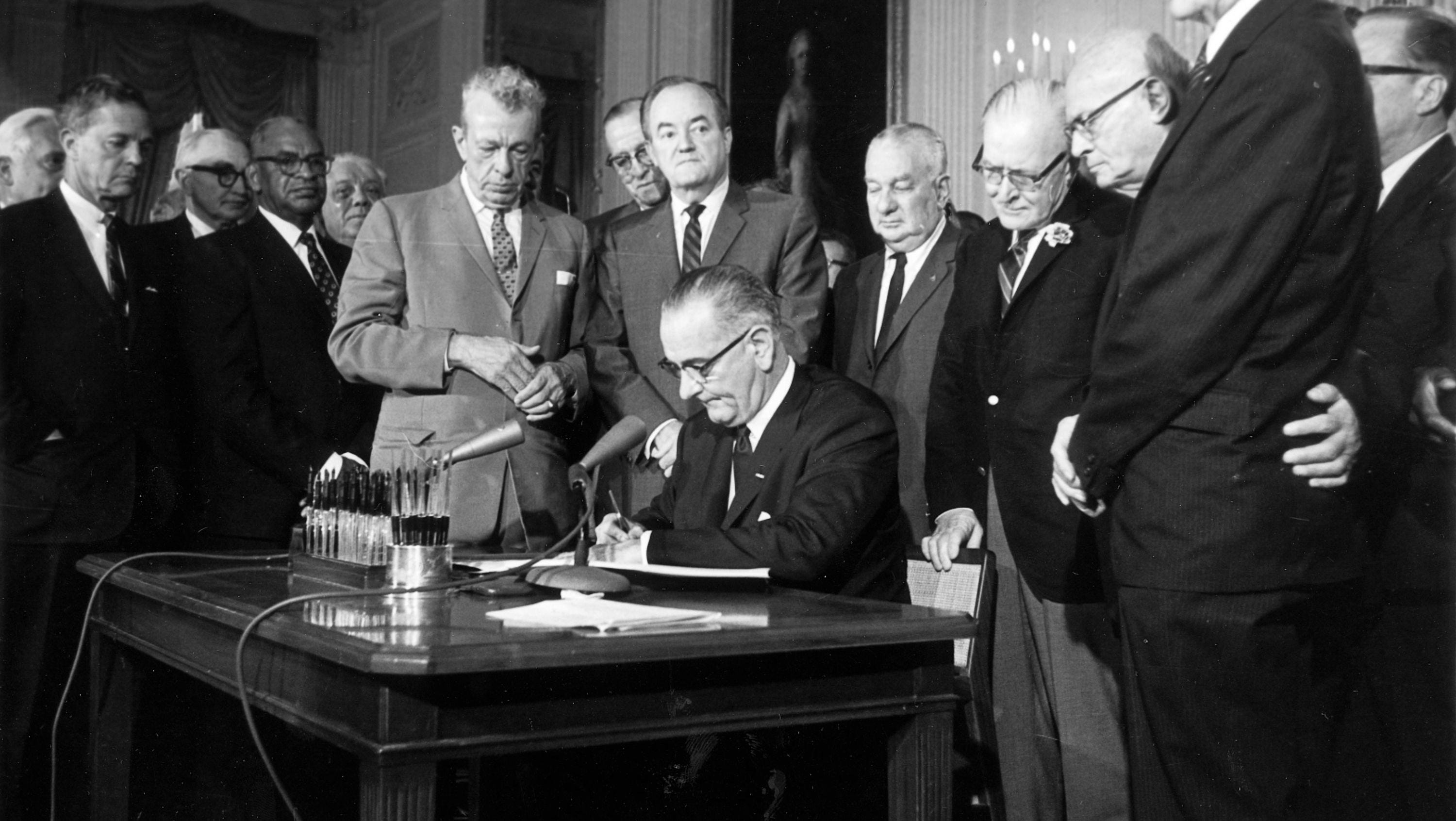 Eight years after that demonstration, Martin Luther King Jr. gave his famous "I Have a Dream" speech to people in Washington DC. After JFK's assassination in 1960, Vice President Johnson continued Kennedy's platform of instituting better civil rights for people of color. He had previously served as chairman of the President’s Committee on Equal Employment Opportunities. 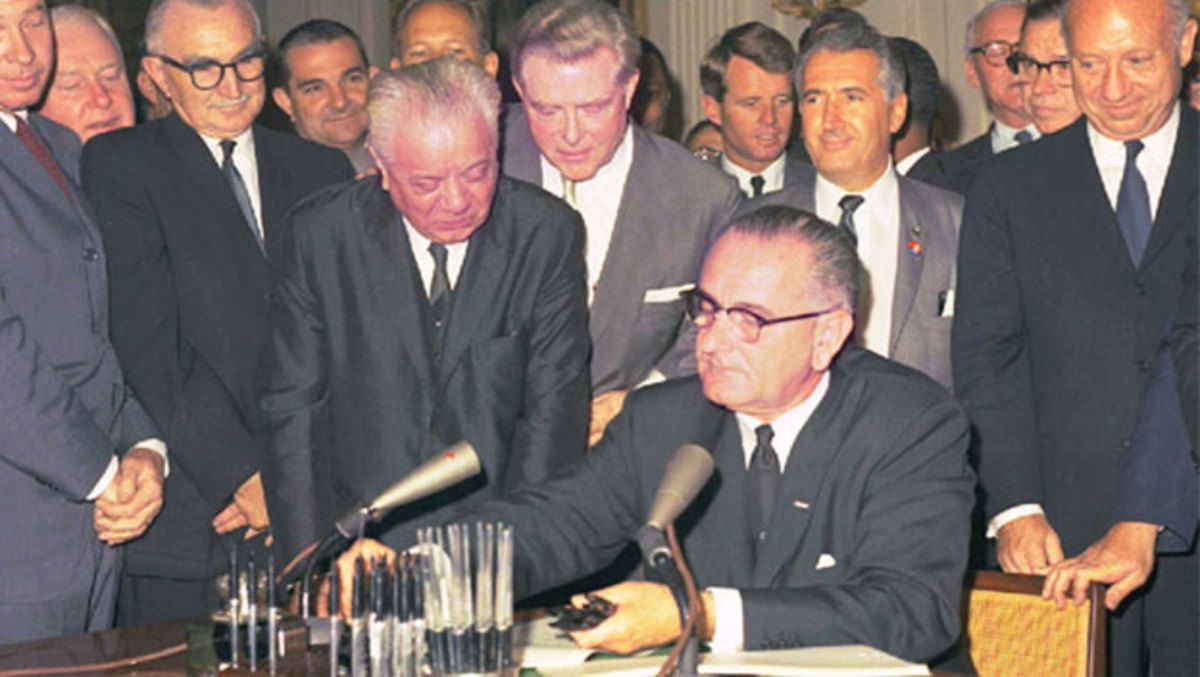 The change for American's of color did not happen overnight. Once the Civil Rights Act was signed, many who signed it left with a pen to commemorate the day. Over 75 pens were used to sign the bill. The bill outlawed racial segregation in public places and forbid racial discrimination in employment and education.