The Spruce Goose Flies for the First and Only Time 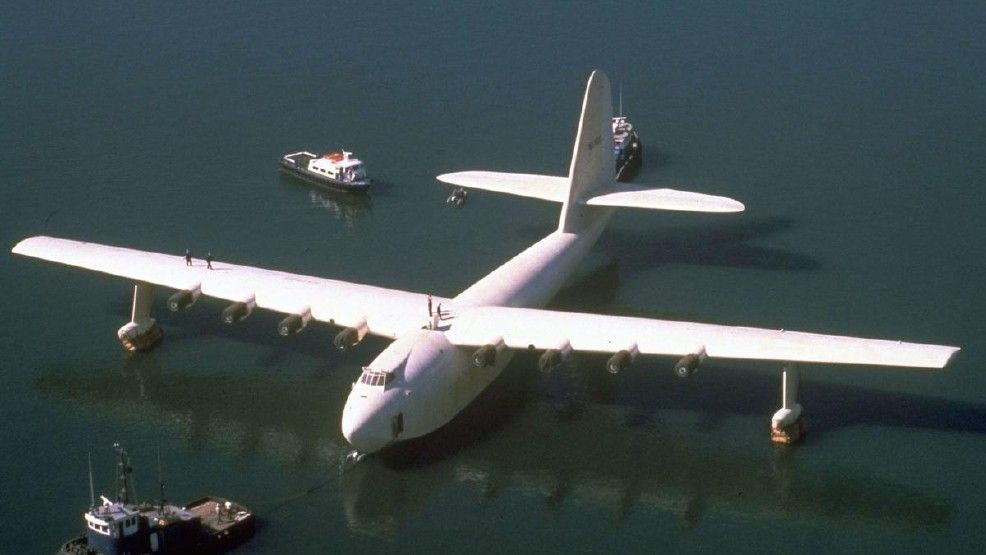 Howard Hughes was an extremely successful Hollywood producer and actor who founded the Hughes Aircraft Company when his career in Hollywood started coming to an end in 1932.

He had a history in the design world, and he had always wanted to design aircraft. Since he earned enough money in Hollywood to do just that, he began personally testing cutting-edge aircraft that he designed without consulting any other designers.

He started gaining some public attention when he broke the transcontinental flight-time record in 1937 with a plane that he personally designed.

When the U.S. dove into WWII in 1941, the U.S. government commissioned the Hughes Aircraft Company to build an enormous flying boat that was capable of carrying men and materials all the way to Europe in massive quantities.

The original design was thought up by a man named Henry Kaiser, but Kaiser dropped out of the project early due to a lack of funding.

Since there were massive restrictions on the steel industry due to WWII, Hughes decided to build his aircraft out of wood that he laminated with plastic and covered in fabric.

In total, the vessel cost $23 million and it took so long to build that by the time it was done, WWII had finished. It only took one test flight, and now it's going to sit in a hangar for the rest of its existence.