The History and Reasoning Behind Aztec Human Sacrifices

Despite the claims that the Aztec elite sacrificed commonfolk to appease the Sun God, there was a deeper, covert reason behind the killings. They were intended to keep the class divide alive. 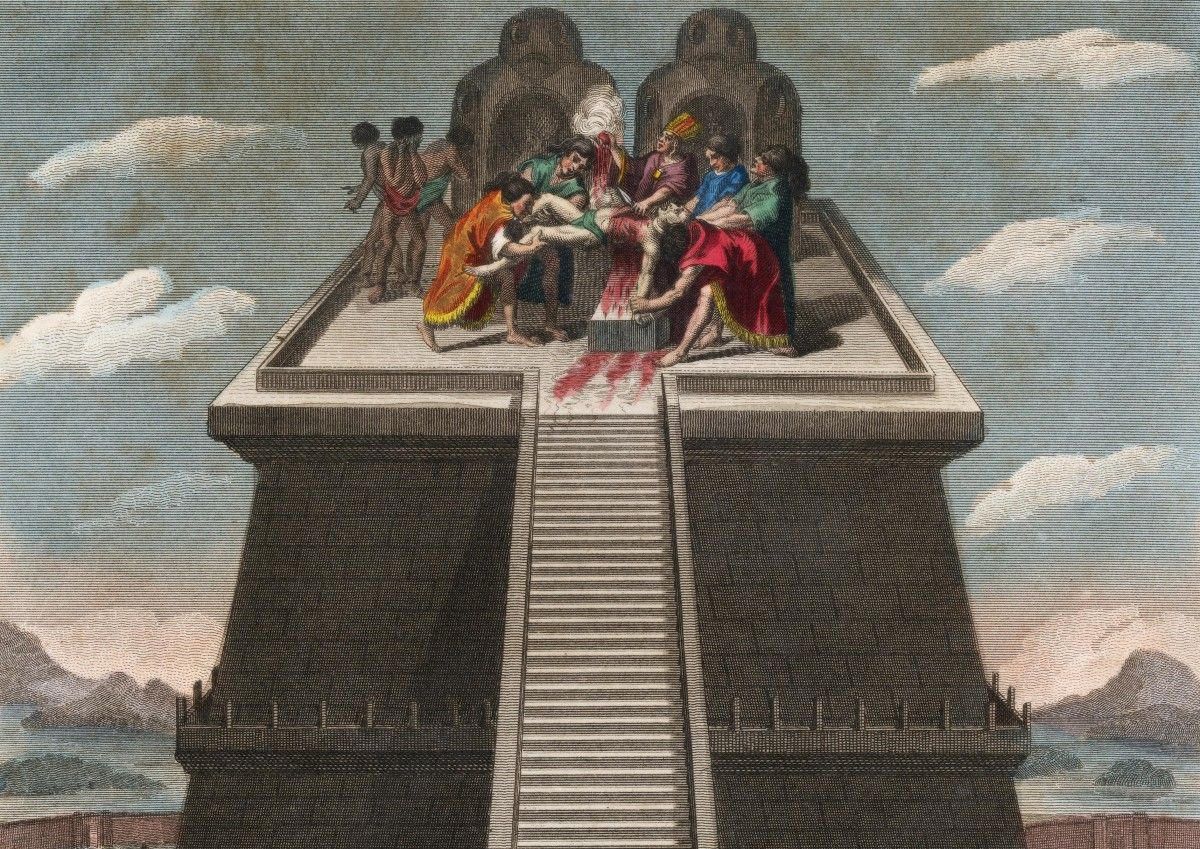 When Hernan Cortes, the Spanish conquistador, and his cronies found the Aztec capital of Tenochtitlan in 1521, they reported walking into a horrific ceremony.

They stated that when they arrived, they first witnessed Aztec priests slicing open the chest of a man with an obsidian sword, removing the man's heart, performing a ritual to the Sun God Huitzilopochtli, and tossing the man's body into a pit of rotting human flesh that laid at the bottom of the steps that led up to the sacrificing table at the Templo Mayor.

They reported seeing two towers on either side of the temple that were made completely of human skulls, and between them were long wooden poles that had human skulls dangling on them, connecting the pillars to one another.

Historians originally dismissed these claims, citing that they were likely falsely reported to make the Aztec people seem like savages and the conquistadores to seem like heroes that saved the world from these monsters. But, in 2015, archaeologists discovered that all of the conquistadores' claims were, at least physically, true. 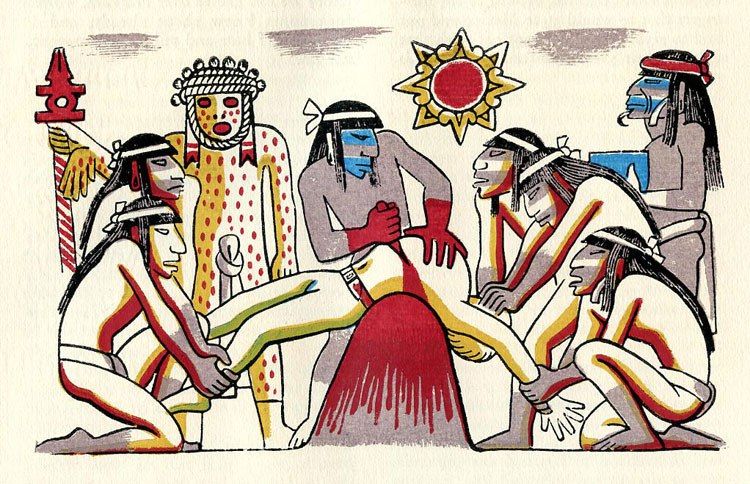 It has been proven that the Spanish settlers definitely exaggerated the experience, but the Aztec elites did undoubtedly sacrifice their own common people this way.

It's brutal, inhumane, and genuinely terrifying, but it was a deeply important process for Aztec religious culture, and to maintain governmental control over the common folk.

These sacrifices were completed by priests and magicians that had intention behind their actions. They claimed that these rituals brought fertility, rain, and health to the citizens of the Aztec capital. But, the most real result of all of the sacrifices was their intention to intimidate and belittle the common people into believing that their lives were good because they weren't being torn apart on a public altar.

According to recent DNA findings, roughly 2/3 of the skulls that were sacrificed were individuals with no Aztec background, or "outsiders." The other 1/3 are assumed to be deviant members of Aztec society and slaves.

The sacrifices scared the common folk into working for the religious leaders, and by providing for them, they would prevent their likelihood of being sacrificed. When, at the end of the day, these sacrifices were control tactics that kept the wealthy safe and lazy, and the commoners poor.