Remembering the Bombing of Pearl Harbor

In the heat of WWII, the Japanese military mounted the only successful attack on American soil since the Revolutionary war. This attack pulled the American military into the thick of the war, inspiring the draft, and breathing necessity into the American Army's involvement.

President Franklin D. Roosevelt knew that an attack from the Japanese army was probably because the U.S. negotiations with Japan during the beginnings of WWII began going south.

He knew exactly where the Japanese military would strike, yet he did nothing to ensure the safety of the military personnel that had been living at the naval base in Pearl Harbor, Hawaii.

The attack came on a Sunday morning, and many of the military members that lived on the base had left to attend a 7 a.m. mass at a nearby church. At 7:02 a.m., radar operators spotted a large group of aircraft headed towards the island that were not of U.S. origin. The radar operators were ordered to silence the alarm under the suspicion that these aircraft were merely trying to intimidate the military personnel on the base. But, the fleet dropped bombs on Pearl Harbor, surprising and devastating the coast. 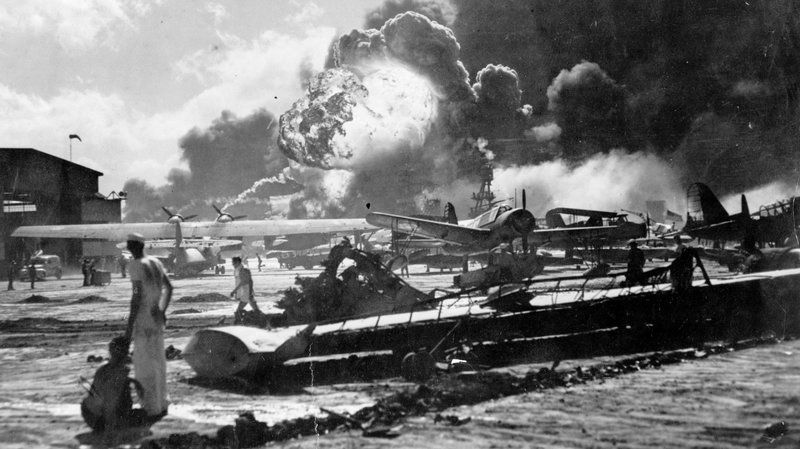 By the time the bombing fleet had passed over the base, the majority of the U.S. Pacific fleet had been destroyed. Five out of the eight battleships, three destroyer boats, and seven cargo ships were sunk. More than 200 aircraft were destroyed, and a whopping 2,400 American civilians and soldiers were killed.

The U.S. fought back with what they had left, knocking down roughly 30 of the Japanese army's planes, but the damage had been done.

Fortunately, a large number of the military personnel were out in the ocean conducting training exercises, and the smaller number of soldiers that left the base to go to church all survived without injury.

The very next morning, Franklin D. Roosevelt addressed the American people and forcefully asked Congress to "okay" the American military's next steps to declare war on Japan. Three days after the attack, Germany and Italy declared war against the U.S., which catapulted the country into a depressive war state for four long years.