The Origins of Snowboarding

Snowboarding was (most likely) born in America during one of the most interesting and beautiful time periods in this country's history, the 1960s. 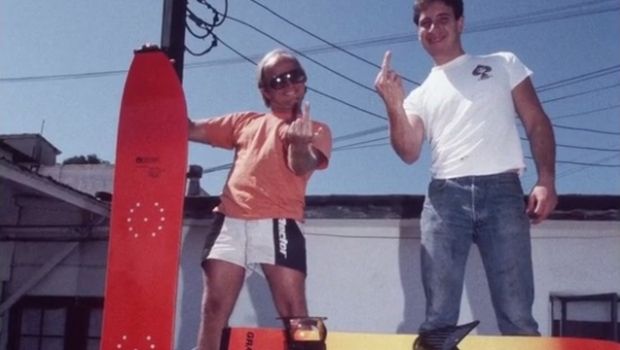 The first snowboard was created by a man named Sherman Poppen. Although we cannot prove that he was the guy who decided to stand up on a solid object and ride it down a snow-covered hill before anybody else, he has commonly become known as the father of modern snowboarding.

He created a cross between a mono-ski and a sled called "The Snurfer." This device was originally just two snow skis that he had screwed together. He later attached a rope to the front to help steer.

The Snurfer gained a ton of popularity in the mid-1960s, and it was later licensed and widely distributed. 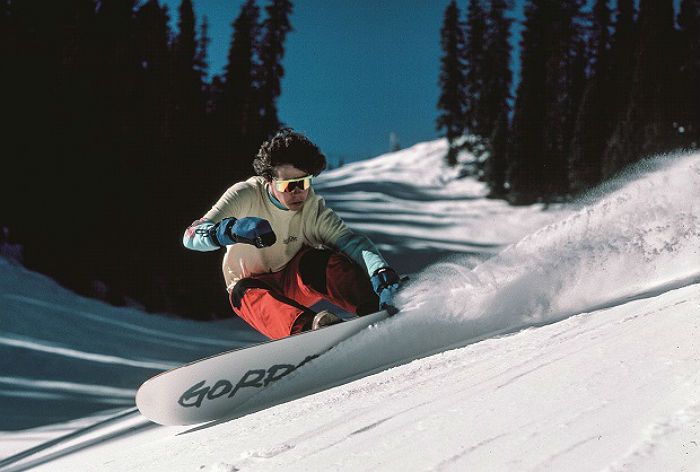 Meanwhile, on the east coast, a young man named Jake Burton Carpenter adjusted his Snurfer to move faster and to turn on its edge without the assistance of a leash. He also added straps (aka bindings) that fitted a special pair of boots that he designed to keep his feet on the board.

Avid Snurfers around the country (and the globe) started re-working their ideal snowboard to suit the needs of their specific mountains. But, ski resorts were hesitant to allow snowboarders to go down their slopes. Skiing was viewed as a "refined" sport for "dignified people."

Basically, rich people thought snowboarding was for poor people, and they didn't want poor people hanging out at their club.

There are still ski clubs around America that do not allow snowboarders to enter.