A (Very) Brief History of Wine

Drinking alcohol was invented as a way to preserve water and ingredients to avoid their spoil. Soon after, alcohol took a much different cultural significance, being the most human-founded of the mind-altering substances that were available at the time period. Wine was medicine, a blessing from the gods, a curse on all people, and the stuff of legends. 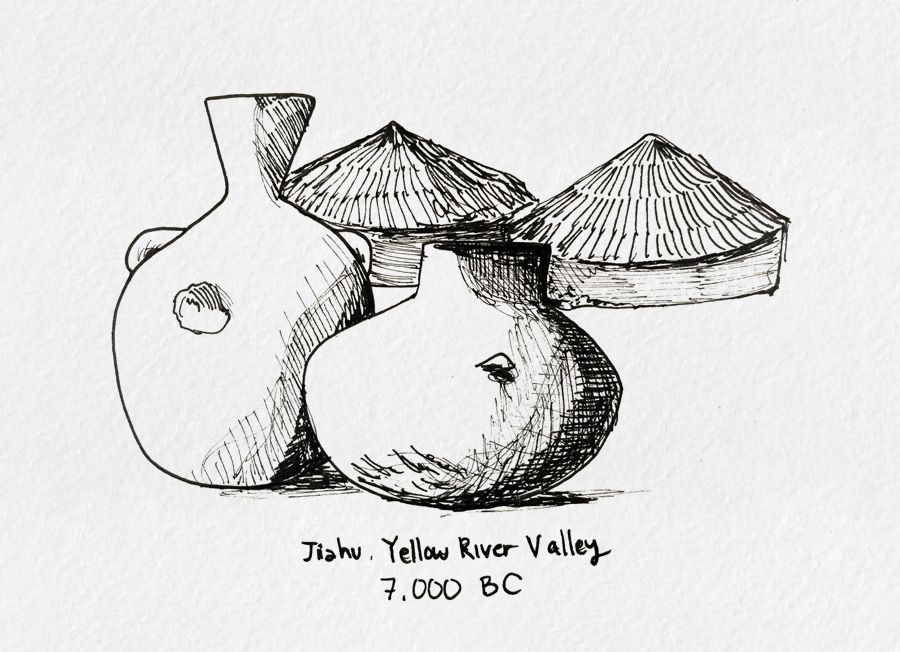 Think back to 7,000 B.C. The ancient Jiahu tribe of the Yellow River Valley of China used a combination of koji, honey, and fruit to create an early version of honey wine by storing it in sealed earthenware containers.

This was the first instance of winemaking in history.

Archaeologists have also found evidence of the origins of traditional winemaking existing around 4,000 BC in Israel, Georgia, Armenia, and Iran. Winemakers would harvest the grapes, bless the batches, and store them underground in earthenware vessels.

From there, anywhere that could grow grapes made wine. Wine became a highly coveted trade item, and as it became more widespread, its cultural significance was furthered.

In 200 BC, Roman soldiers were given roughly 2-3 liters of wine to drink, a day, to promote good health, fertility, and success on the battlefield. This is likely a big reason why the Roman empire fell in the way it did.

In 20 BC, and slightly before, winemakers became known by the variant of grape that they grow, and the region they made wine in. This system is still used to identify major characteristics today.

Flash forward to the 1750s. Wine suddenly started to get mass-produced, as the growing population of the world demanded more of it.