It's a fixer-upper, but you'll probably get some sort of return on your investment. 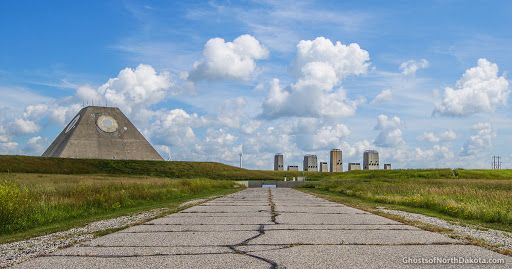 The United States and the Soviet Union never battled directly (traditionally, with guns and bombs and stuff). But, as the tensions rose between the two countries, it seemed like nuclear warfare would be the only potential physical threat that would come from the strange altercation.

So, both parties pushed to be more prepared than the other. The U.S. started purchasing and building on land in the Great Plains. Between the 1950s and the 1970s, the U.S. planted over 1,000 nuclear missiles at launch sites all around the Dakotas and the surrounding areas.

Nowadays, most of these sites are run down and are homes to waste, litter, and potentially toxic runoff.

One of these spots is called the Remote Sprint Launcher 4. It was a Cold War missile launch site and a bunker in the northeastern area of North Dakota. It was decommissioned in the 1970s and abandoned by the government. They still owned the area, but they completely sapped investment into it. By ignoring the damage they had done to the Earth by simply making these nuclear silos, these areas grow more and more dilapidated, their pollution plages the ground like a great cancerous tumor.

But, if you have enough cash and a lot of time on your hands, you can purchase this area from government investors for a (likely) small price. Just be prepared to get price gouged because of the coronavirus caused economic downswing.