Next Saturday the city of Houston will get an up-close and personal look at aviation history as WWII-era planes put on an airshow for locals.

The Lone Star Flight Museum is organizing the Flight to the Finish Flyover event, marking the 75th VE Day, or the day Germany surrendered to the Allied Forces in WWII in 1945. 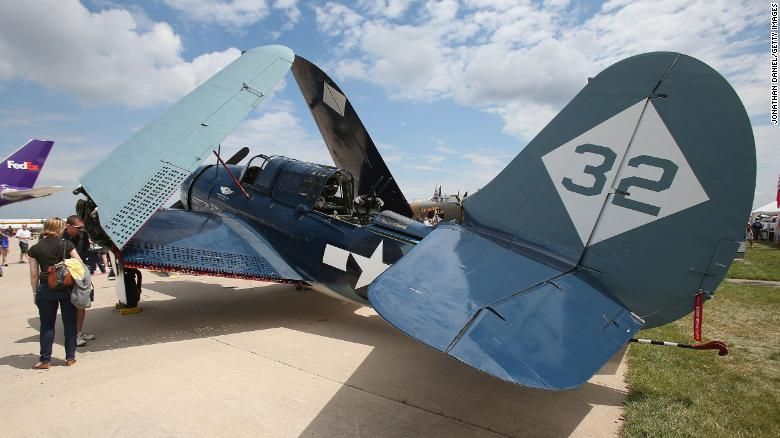 The museuem released a statement that said: "While it is the mission of the museum to commemorate the 75th anniversary of the end of WWII, the Lone Star Flight Museum and its partners felt compelled to lift the spirits of the Houston community while we fight COVID-19. The program name, Fight to the Finish, was originally a nod to the efforts of those that fought in World War II, but today has even more significance that anyone could have imagined."

#LOOKUP Friday, May 8 for our Fight to the Finish Flyover! Here is the official flight path and estimated timing! - We are asking the community to STAY HOME! The planes will not be viewable from the public areas of Ellington Airport and the Lone Star Flight Museum is currently closed to the public due to current health guidelines. - Next week, a full program with aircraft bios, photos and more will available at the link in bio. - You can also find these details in the Friday, May 8 issue of the Houston Chronicle! - Special thank you to the organizations that are making this event possible! - PARTNERS @wohairshow CAF Houston Wing CAF Gulf Coast Wing's B-17 Texas Raiders The Highland Lakes Squadron @signaturefbo Houston First @visit_houston @iheartmediaofficial Houston Individual warbird owners, pilots and volunteers. - SUPPORTERS @ghpartnership @sugarlandsara @uptownwithellybrown @katymomsnetwork @clauestradablog @yomarianablog Airia Development Community Aliana Associations @artaviatx CIA Services, Inc. Community Associations Institute Greater Houston Chapter - #fighttothefinish #flyover #wwii #ww2 #wwiiaviation #ww2aircraft #wwiihistory #ww2history #houston #htx #houstontx #htown #avgeek #instaaviation #airshow #lsfm #planeawesome

3o historic "warbirds" will fly over 18 different neighborhoods in the Houston area, beginning and ending their journey at Ellington Airport. The lineup will include a historic B-52 "Devil Dog," a P-51 Mustang, a SB2C Helldiver, and many more for enthusiastic plane watchers.

"The FAA-approved flight path was designed to allow spectators to see the aircraft from the safety of their homes," the Lone Star Flight Museum said. "We are bringing the planes to you!"