Wiley Post, in 1933, became the first aviator to fly completely around the globe. The trip in its entirety took 7 days, 18 hours, and 49 minutes. The pilot flew around the world, both starting and ending in New York on Floyd Bennett Field. He began the journey on July 15, flying to Berlin without any stopping point. Post was instantly recognized by the eyepatch worn over one eye. 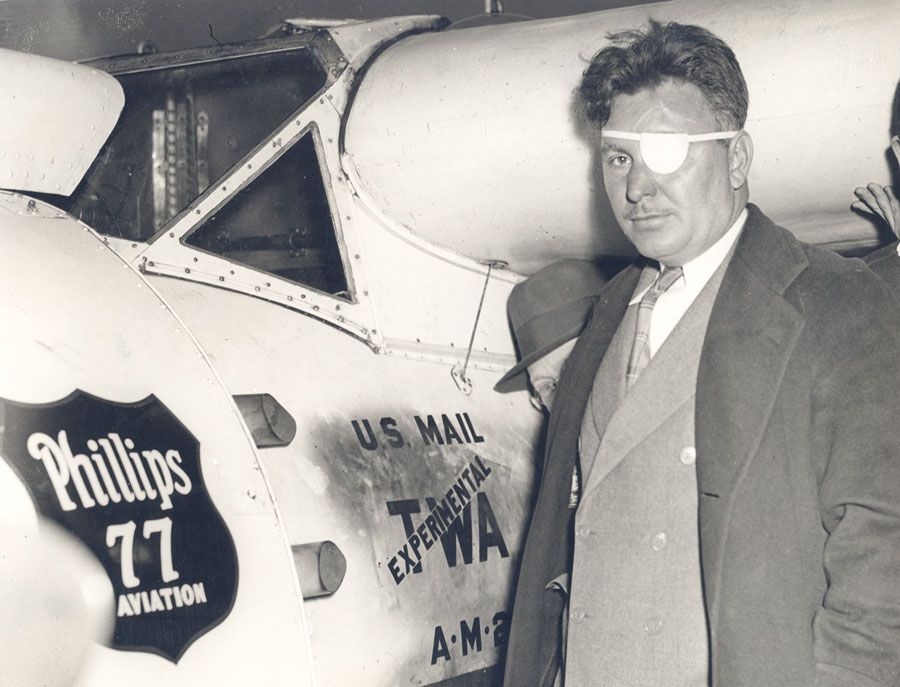 He rested for a few moments before moving to the Soviet Union. He made it to a few series of stopping points in North America, including both Alaska and Canada. He eventually closed the journey back at the starting point. This wasn't the first time the pilot had been in the newspapers. He was actually in a lot of features about two years prior.

A few years before this expedition, he and his flying partner Harold Gatty had flown around the northern part of the earth together. His solo flight covered 15,596 miles in just one week. For both of his famous flights, he used his plane called Winnie Mae. Equipped with a Sperry automatic pilot and a direction radio for the solo journey, the vehicle was a Lockheed Vega monoplane.

Post died two years later with humorist Will Rogers. Both men were killed in a crash near Point Barrow, Alaska. They were attempting to fly across the North Pole to Russia.