Treaty of Paris Signed in 1782

On September 3, 1783, America officially declared its status as a free nation, separated from Great Britain, and independent from any other governmental intervention.

The American Revolution officially came to an end when representatives from Great Britain, Spain, France, and the United States signed the Treaty of Paris.

This established American territory from Florida, to the north Atlantic, to the Great Lakes, all the way west to the Mississippi.

The reason the American Revolution occurred was that King George III refused to allow British colonists political and economic reform. So, in true American fashion, the Brish colonists decided to pick up arms and defend themselves from the tyrannical king.

Just one year after the Americans declared war, the Declaration of Independence was drafted and signed. 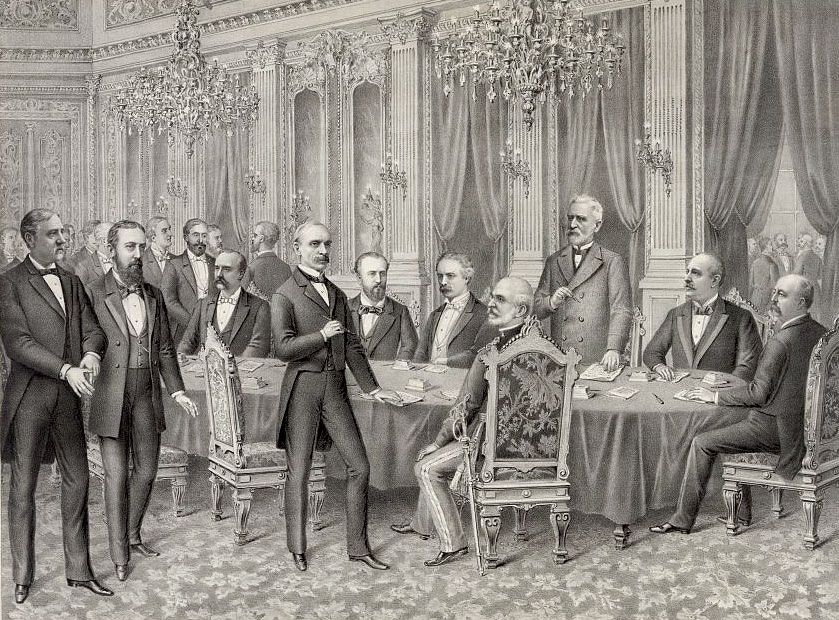 The revolution took five years to solidify itself. In October of 1781, British General Charles Lord Cornwallis surrendered to American and French (the French hopped in to aid) forces in Yorktown, Virginia.

In September of 1782, Ben Franklin, John  Adams, and John Jay began peacefully negotiating with the British monarchy. The American ruling power, also known as the Continental Congress, made a five-person committee to manage the negotiations. The group included all of the aforementioned men and added Thomas Jefferson and Henry Laurens.

However, Jefferson missed the negotiations due to a setback while traveling. Laurens missed the sessions as well because he was captured by the British and held at the Tower of London.