Today in History: The Great Chicago Fire Begins to Burn 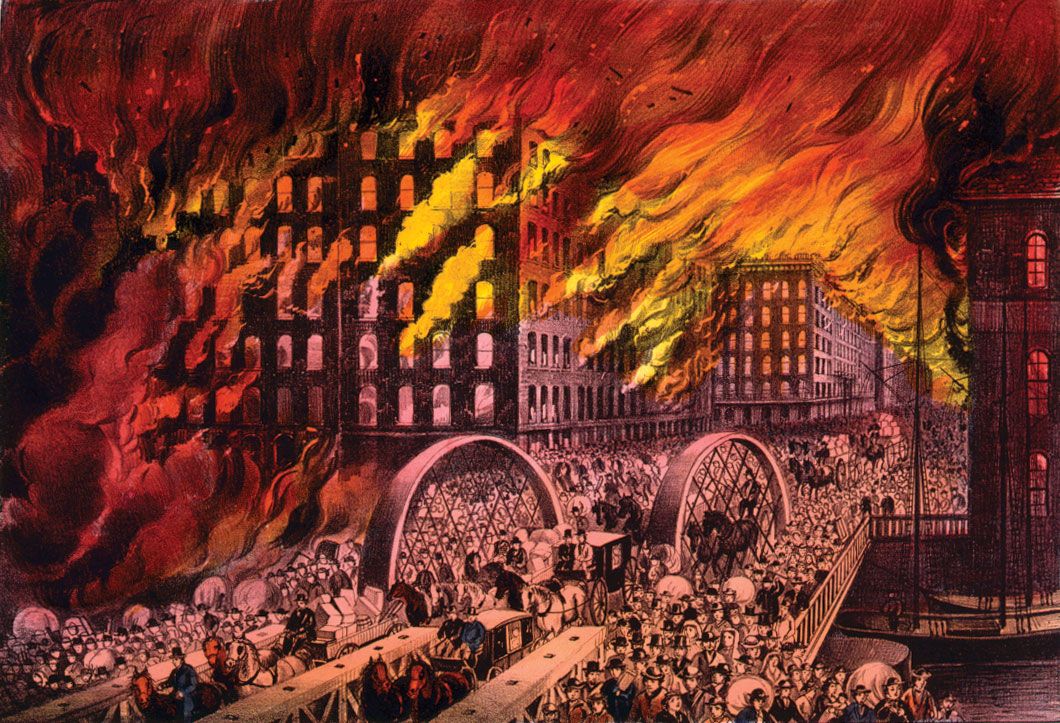 The Great Chicago Fire started in the barn owned by a married couple named Patrick and Catherine O'Leary.

The Legend of the fire suggests that a cow kicked over a lantern in the O'Leary barn and started a hay fire. However, there are many other theories that suggest that people on the same side of town, and even a minor comet strike might have been responsible for igniting the blaze.

Regardless, this mystery fire ended up burning four square miles of Chicago, including its business district, many residential areas, and farmland as well.

The abnormally dry October weather coupled with the dry wood buildings that people lived in around that area of the city made the wild spread of this fire possible.

As a matter of fact, there were 20 major fires in the same week that the Great Chicago Fire happened within.

As soon as the blaze stopped, restoration efforts began. Architects that worked for the city used this opportunity to lay the foundation of a more modernized, and ideally fireproof city.

Because of the Great Chicago Fire, Chicago became the first city in the world to begin building skyscrapers. Just nine years after the fire devastated Chicago, their population increased by roughly 175,000.

If it weren't for the Great Chicago Fire and the city/state initiative to pump money back into the affected communities and re-house those who were left homeless by the fire, Chicago ended up becoming one of the great economic hubs of the world.