This Day in History: The Scopes Monkey Trial Begins

On July 10th, 1925, the Scopes Monkey trial kicked off in Dayton, Tennessee. John Thomas Scopes, a high school teacher in the state, is accused of teaching his science class about evolution instead of creationism, which was the standard at the time. A law passed previously in the state prohibited instructors from teaching "any theory that denies the story of the Divine Creation of man as taught in the Bible." Scopes, who thought this law was ludicrous, conspired to get caught on this charge so it could be taken to the Supreme Court. Their preliminary trial was under Judge John Raulston who began each of his trials with a prayer. He ruled that the law was not unconstitutional. Scopes was ordered to pay the minimum fine that the law allowed, $100. 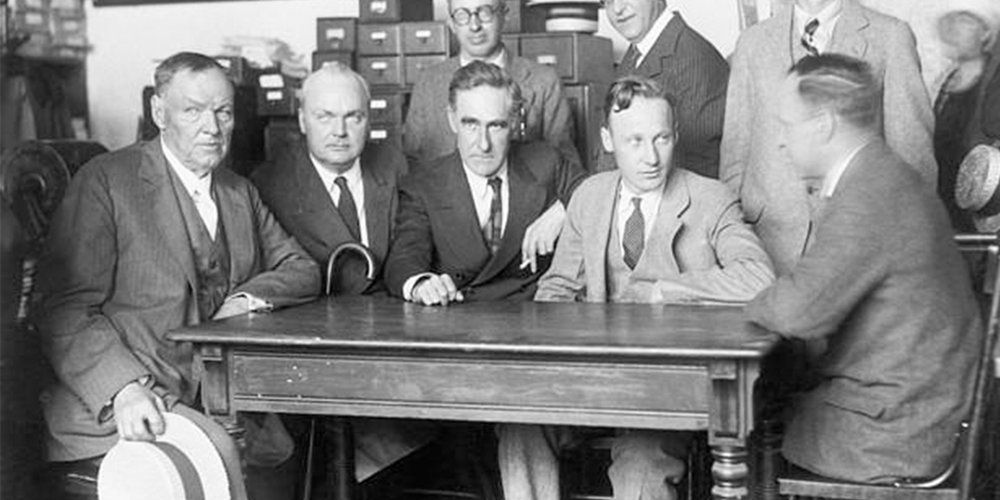 The prosecutor against Scopes had won his case but was publicly humiliated for his flimsy arguments and fundamentalist beliefs. He died in his sleep only 5 days after his success. The trial then went to the Supreme Court, which overruled the Monkey Trial verdict. It was called the Monkey Trial because of its basis in evolutionary teachings that humans evolved from monkeys. 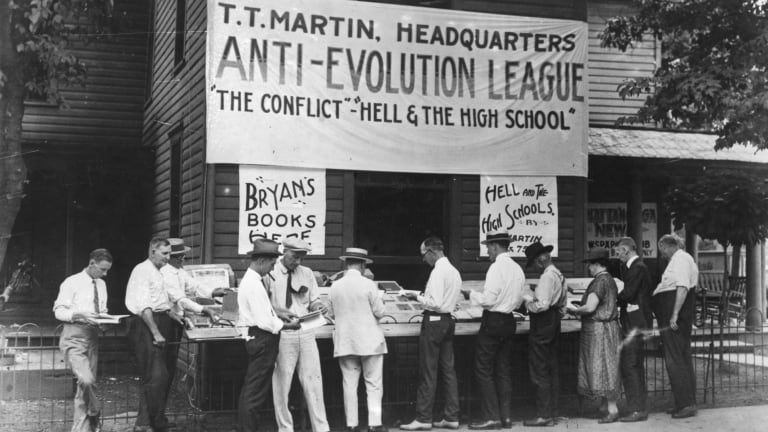 During the trial in Dayton, vendors came out in droves to sell Bibles, toy monkeys, hot dogs, lemonade, and more. There was even a man hired, Jo Viens, who had features similar to a monkey. He would dance and monkey around the courthouse grounds and entertain the masses who gathered to watch the trial. He was advertised to the public as "The Missing Link."