Grant Wood didn't know it at the time, but when he made "American Gothic", he also made one of the best-known works of twentieth-century art. Depicting prime Americana, this farmer and wife are more than meets the eye. Grant Wood, prior to this piece, was a relatively unknown artist of Impressionist and french-style landscapes. This piece debuted at the Art Institute of Chicago in 1930 and skyrocketed him to fame. A stern-looking farming couple stares directly at the audience and the style is deceptively simplistic. The work had captured the imagination of the country and is still frequently spoofed in pop culture. Though Wood intended the work to be a depiction of rural values in a positive way, the meaning has shifted over the years. However, the true claim to fame is the story behind the art. 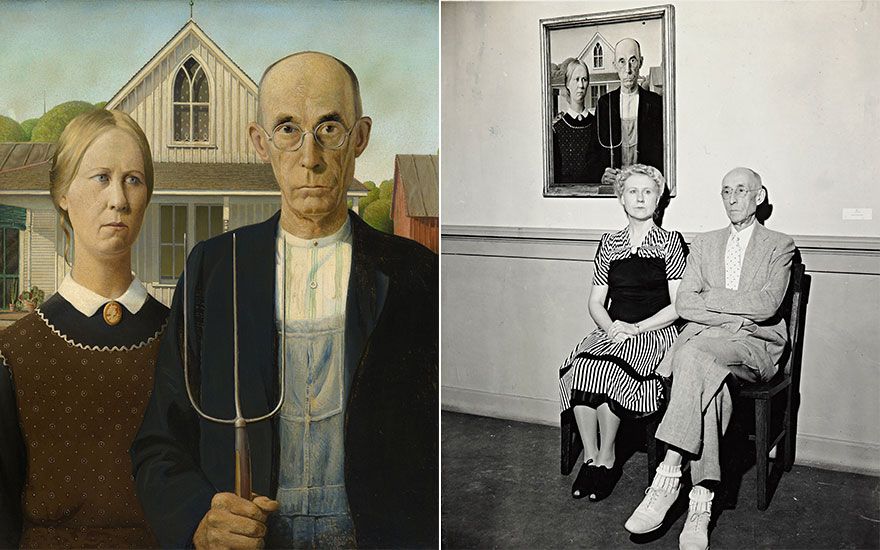 There are many suggested stories, but only one is the truth. He was driving along when he noticed a simple white cottage. He fell in love with the image and returned later on to model two strange people in front of it. His sister, Nan, and his dentist, Byron McKeeby, were meant to depict a farmer father and daughter. "I imagined American Gothic people with their faces stretched out long to go with this American Gothic house," remarked Wood. 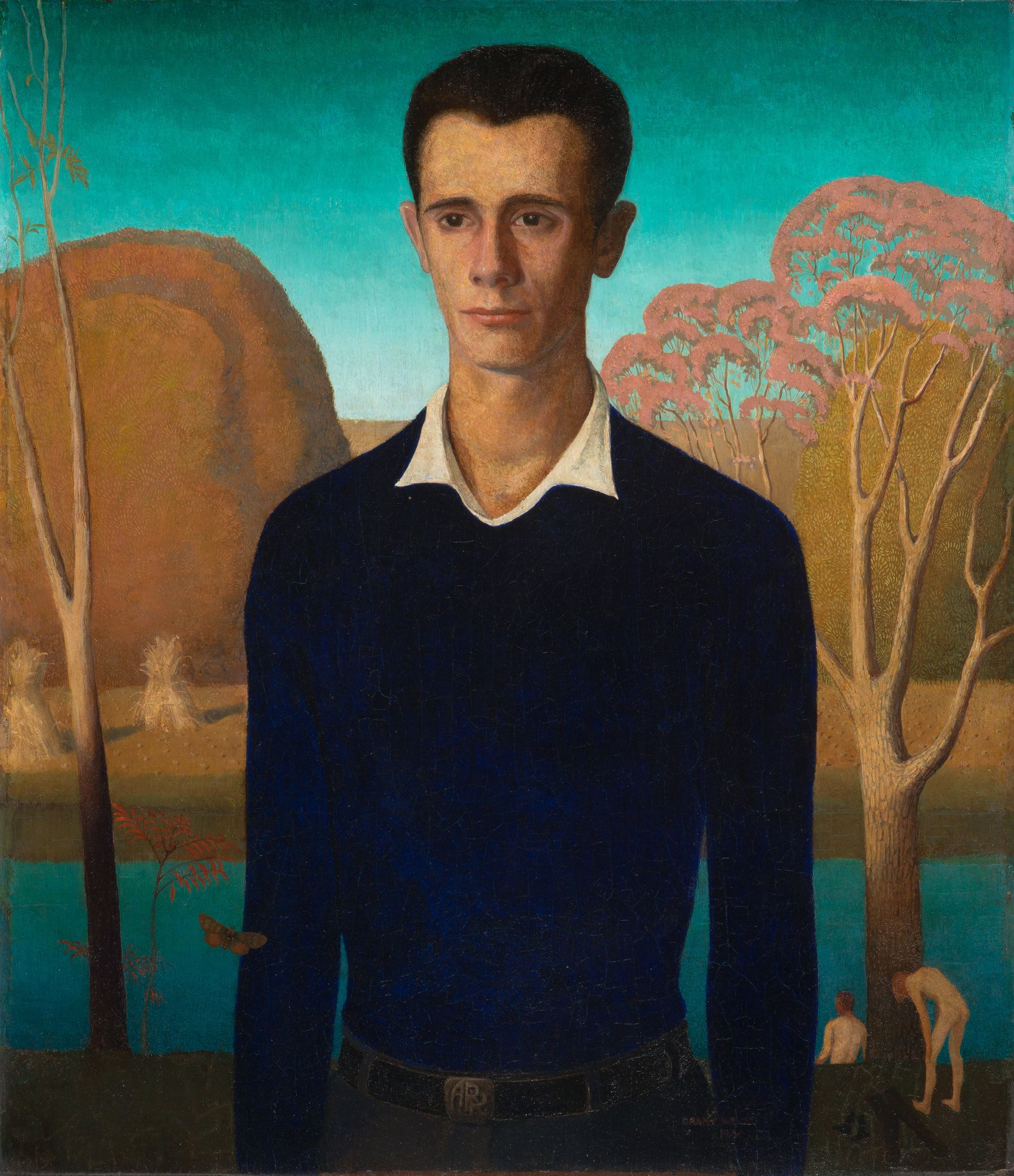 The painting won a bronze medal and a $300 prize for the museum. It was quickly acquired by the institution for its esteemed collection. Wood became instantly famous after this, as the painting was printed in newspapers all across the country. The then-unknown aspiring artist was then living in the attic of a funeral-home carriage house with his mother and sister. His life changed forever, thanks to two stern faces.