The Pivotal Signing of the Declaration of Independence

The signing of the Declaration of Independence defined America as before and after colonization. Taking place on August 2, 1776, 56 delegates from the then 13 original colonies signed the document at the Pennsylvania State House located in Philadelphia Pennsylvania. Today, this place is known to locals as Independence Hall. These delegates enforced the signing of what would become the United States of America. 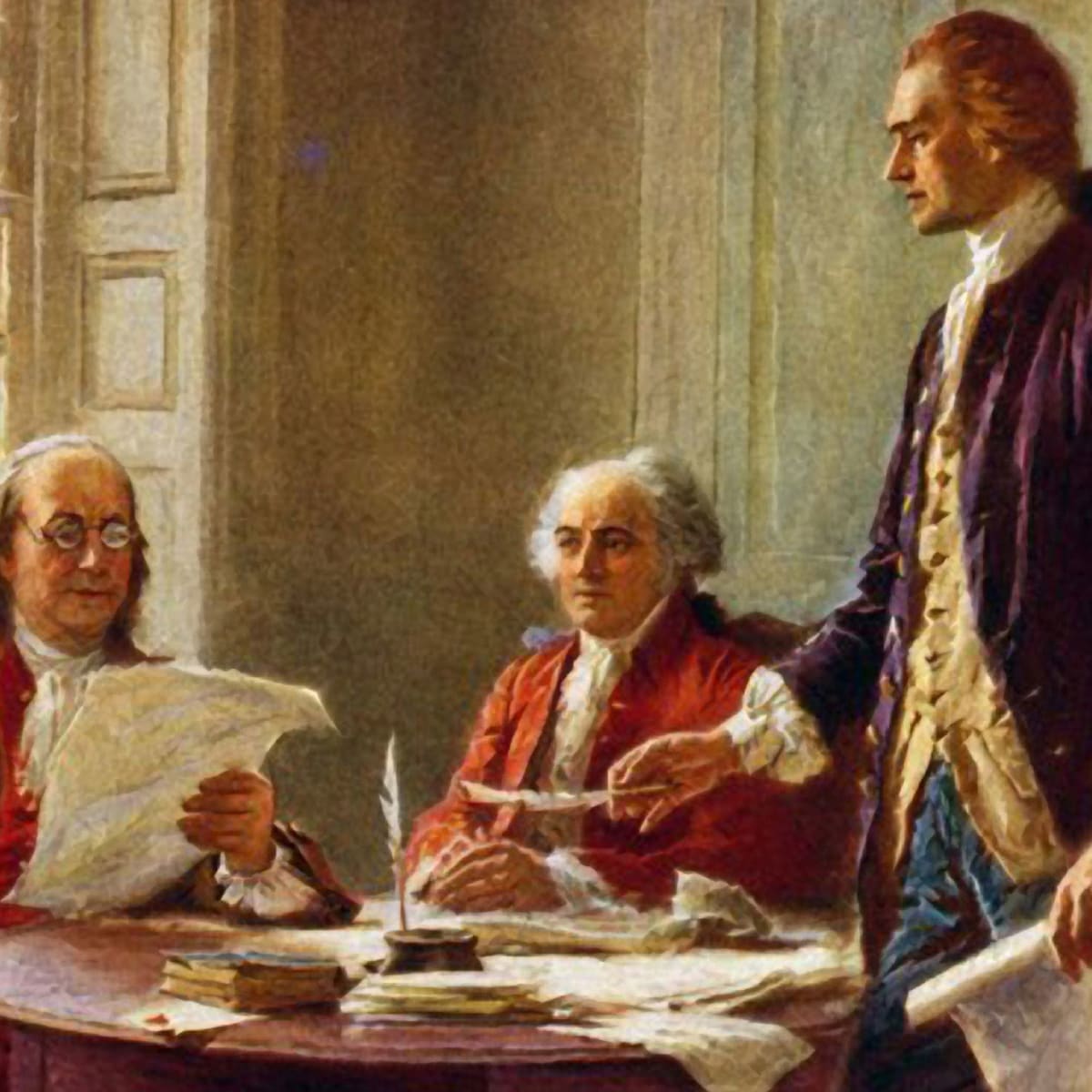 Grouped on the paper by order of the state, The Declaration proclaimed that the colonies were now a sovereign, independent nation freed from Great Britain. This meant that they were no longer a part of the esteemed British Empire. The signers’ names are grouped by state, arranged geographically from south to north. Button Gwinnett from Georgia is listed first and Matthew Thornton from New Hampshire is listed last. 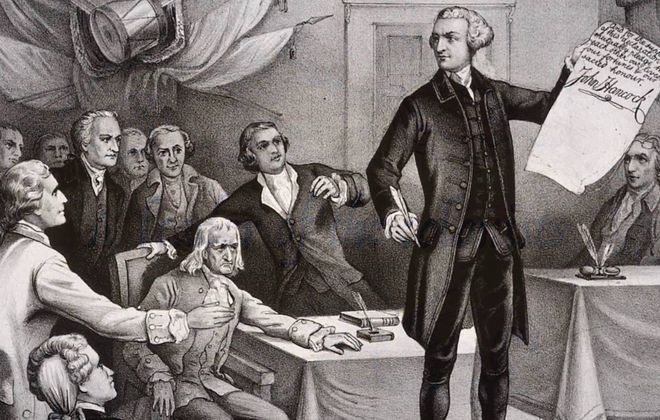 There is some debate as to what the actual date of declaring independence could be. While Americans celebrate freedom on July 4th, most historians believe that the document was not official until August 2nd. It is believed that not all attendees and signers could be present in July, so the details were not adopted until about a month later. Even still, 8 more delegates never signed the declaration. 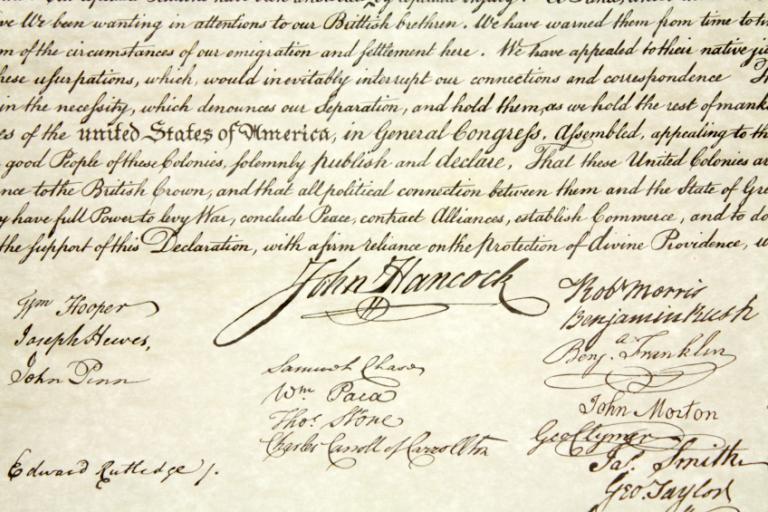 The largest name on the document was by President of Congress John Hancock. His signing was so large and flamboyant that it remains a colloquialism that describes one's signature. According to legend, Hancock said during the signing that Congress, must now "all hang together." To this, Benjamin Franklin allegedly replied: "Yes, we must indeed all hang together, or most assuredly we shall all hang separately."