This fish is one of the few non-evolved specimens on Earth that can literally demonstrate how fish evolved into mammals. 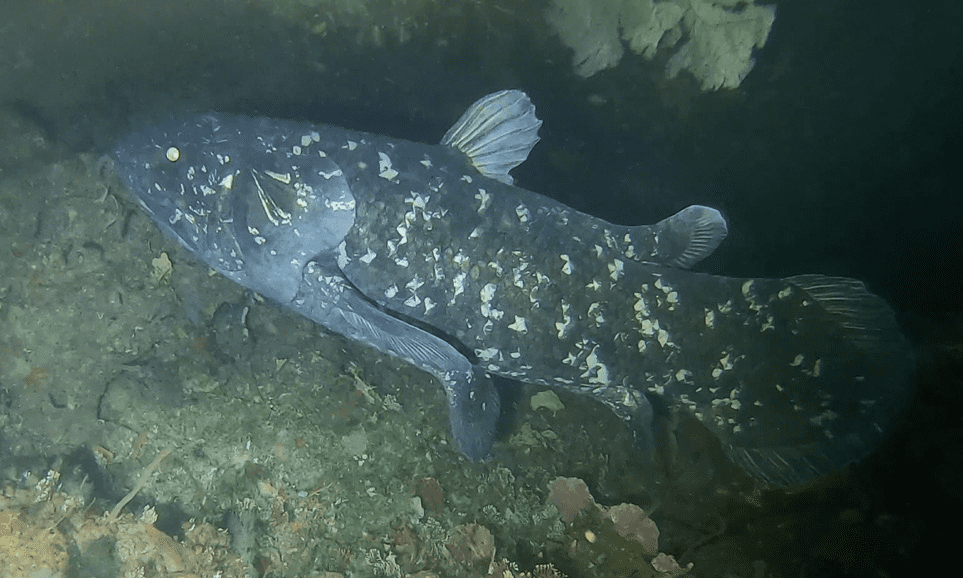 The coelacanth was presumed to have gone extinct over 65 million years ago when the dinosaurs perished. However, in 1938, a living coelacanth was discovered near the Comoro Islands, which are off of the east coast of Africa,

They are part of the oldest-known lineage of animals on earth called the Sarcopterygii. Members of the Sarcopterygii family include lungfish and tetrapods that were alive mostly around prehistoric times.

Since their initial discovery, coelacanths have been found along the coastline of Indonesia and in the Indian Ocean. Coelacanths are a critically endangered species that are extremely volatile and could disappear at a moment's notice.

Scientists believe that the coelacanth represents an early step in the evolution of fish to terrestrial four-legged animals.

The coelacanth has four fins that extend away from its body like arms and legs. This could mean that these fish were one of the first evolutionary steps that brought water-dwelling creatures onto land.

If you needed even more proof, the coelacanth's fins move in alternating patterns, similar to other four-legged animals like the horse, dog, deer, and platypus.

On top of all of that, they have unique joints in their skills that allow their mouths to open wide enough to eat larger prey, similar to the joints in mammal's mouths. They also have scales that are extremely thick that do not exist in any other fish in the animal kingdom.