In February of 1964, four paintings that were made by a previously unknown expressionist French artist named Pierre Brassau were shown at an art show in Gotenborg, Sweeden. There were works by artists from England, Denmark, Austria, Italy, and Sweden, but the French artist's paintings received the mass of the attention at the show. 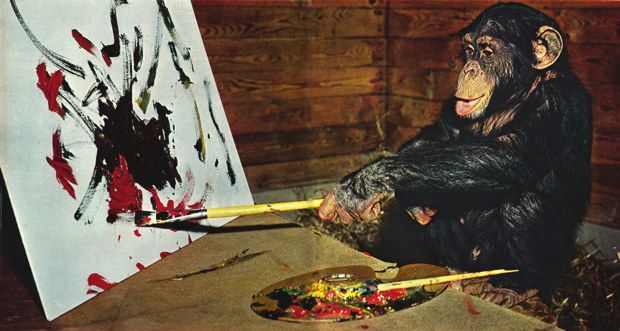 Critics, journalists, art students, and wealthy collectors swirled their wine as they walked around the corner of the hall where Brassau's creators were hung. Each person buzzed with praise for the unknown genius. Rolf Anderberg, the lead journalist at the morning Posten, wrote at the scene "most of the works were ponderous, but not those of Brassau..."

"Pierre Brassau paints with powerful strokes, but also with clear determination. His brushstrokes twist with furious fastidiousness. Pierre is an artist who performs with the delicacy of a ballet dancer."

But, among the many words of praise that Brassau received, one critic scoffed at Brassau's work, stating that: "only an ape could have done this." 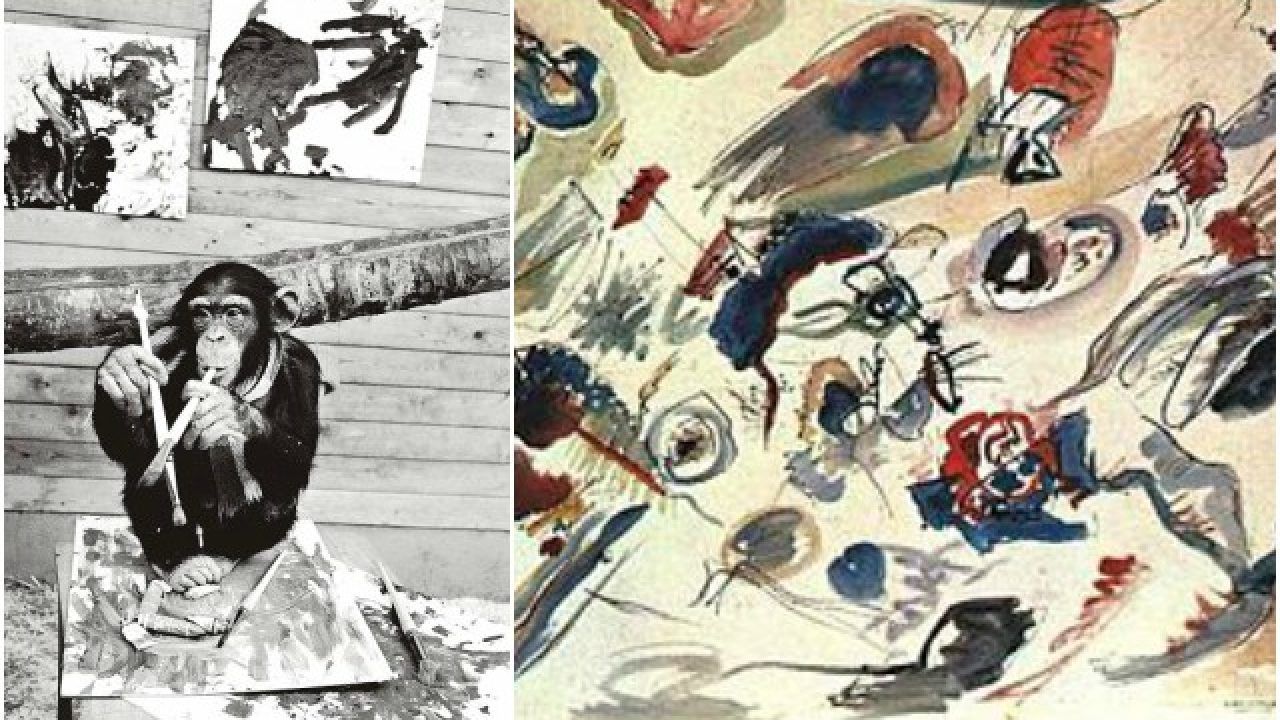 That singular critic was actually correct.

As it turns out, Pierre Brassau was actually a four-year-old West African chimpanzee named Peter who had been painting at the Boras zoo in Sweden.

The name Pierre Brassau was the brainchild of a journalist named Dacke Axelsson. He came up with the idea to put art critics to the test, and see whether they could look past their own pretension to actually determine the technical skill and mechanics behind works of art. While Peter's paintings were not "bad" per se, they clearly lacked the trained capability that artists deserving of that level of critical acclaim received.

Believe it or not, critics praised Pierre Brassau on his color choices, when in reality, the monkey determined which paints he wanted to use based on how they tasted.