The Assassination Attempt on Ronald Reagan

Ronald Reagan was fired at by an attempted assassin in Washington D.C. after he departed a speaking engagement at the Washington Hilton Hotel by a crazed shooter who had some bizarre motives. 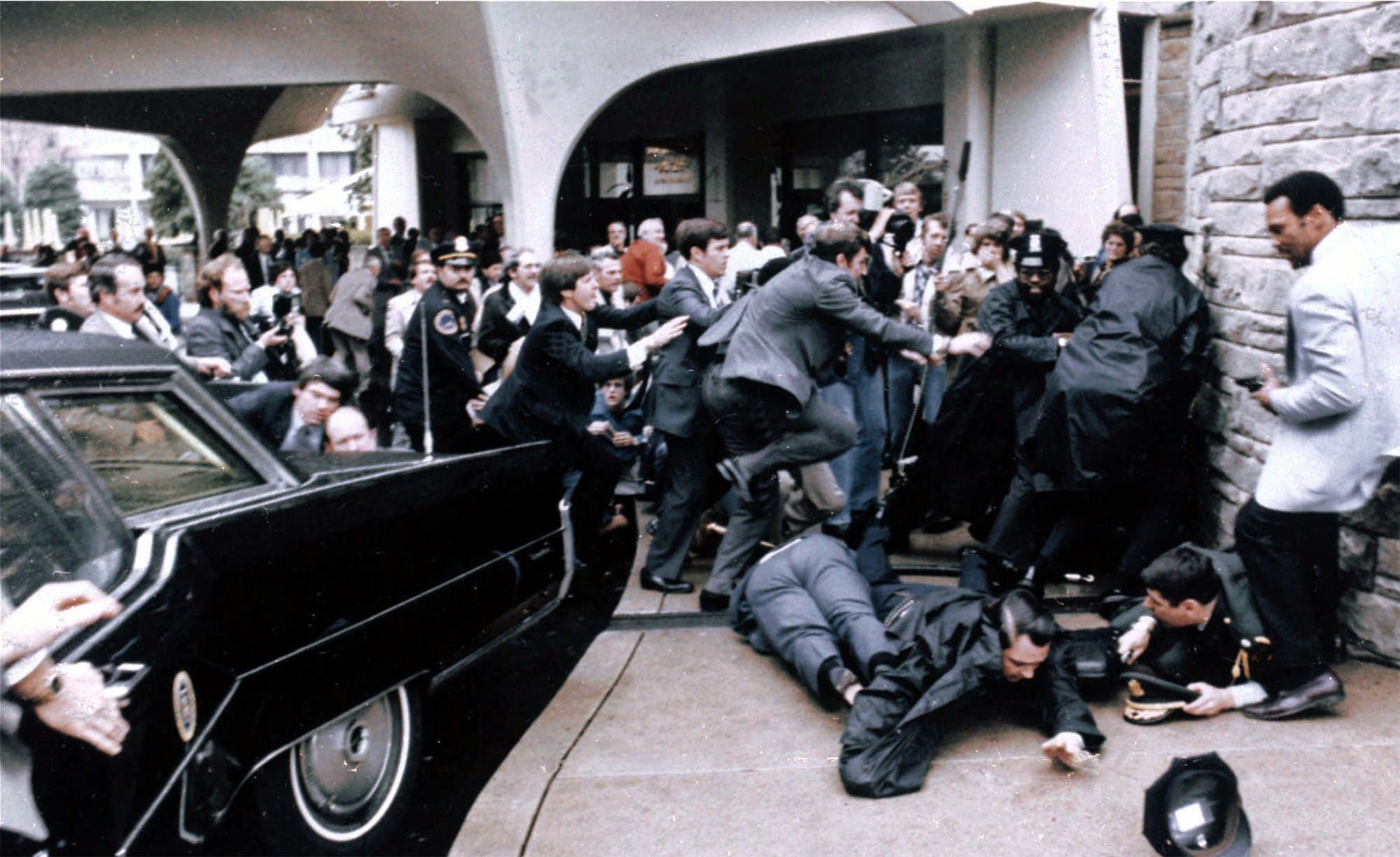 In the afternoon of March 30, 1981, United States President Ronald Reagan was seriously wounded by a .22 Long Rifle bullet that struck the side of the presidential limousine and ricocheted upward, striking him in the left armpit, shattering a rib, puncturing a lung, and causing near-deadly internal bleeding.

He was covered by a dogpile until the assailant was apprehended. Then, Reagan was moved to the limousine and was rushed to George Washington University Hospital. He was near-death when he arrived, but the hospital staff was able to stabilize him, maintain his heartbeat, and he was thrust into emergency exploratory surgery.

He was released just a little over one week later. 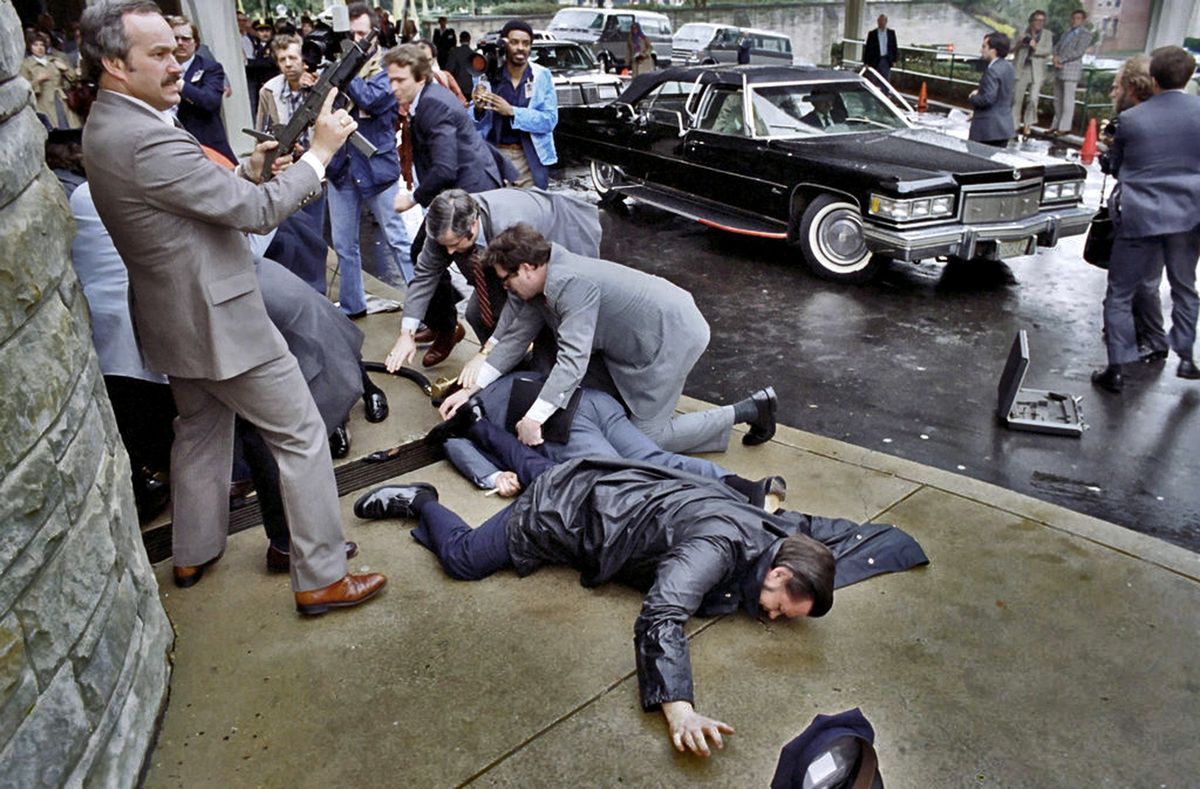 The shooter had fired several other bullets. White House Press Secretary James Brady, Secret Service agent Tim McCarthy, and police officer Thomas Delahanty were all struck and badly wounded. All three of the men survived the shooting, but Brady suffered serious brain damage and became permanently disabled. When he died in 2014, his death was ruled a homicide because his injuries were caused by the shooter.

The man who fired the gun is named John Hinckley Jr. He is a mentally unstable man who had become obsessed with actress Jodie Foster, and he accredited his desire to fire upon Ronald Reagan as a gesture of his love for her. He was sent to a psychiatric hospital and remains there today.