Gerald Ford made the controversial move to pardon Richard Nixon's involvement with the Watergate scandal. This further illuminated the cross-party political corruption that only benefitted the wealthy at the time, just like it does now. 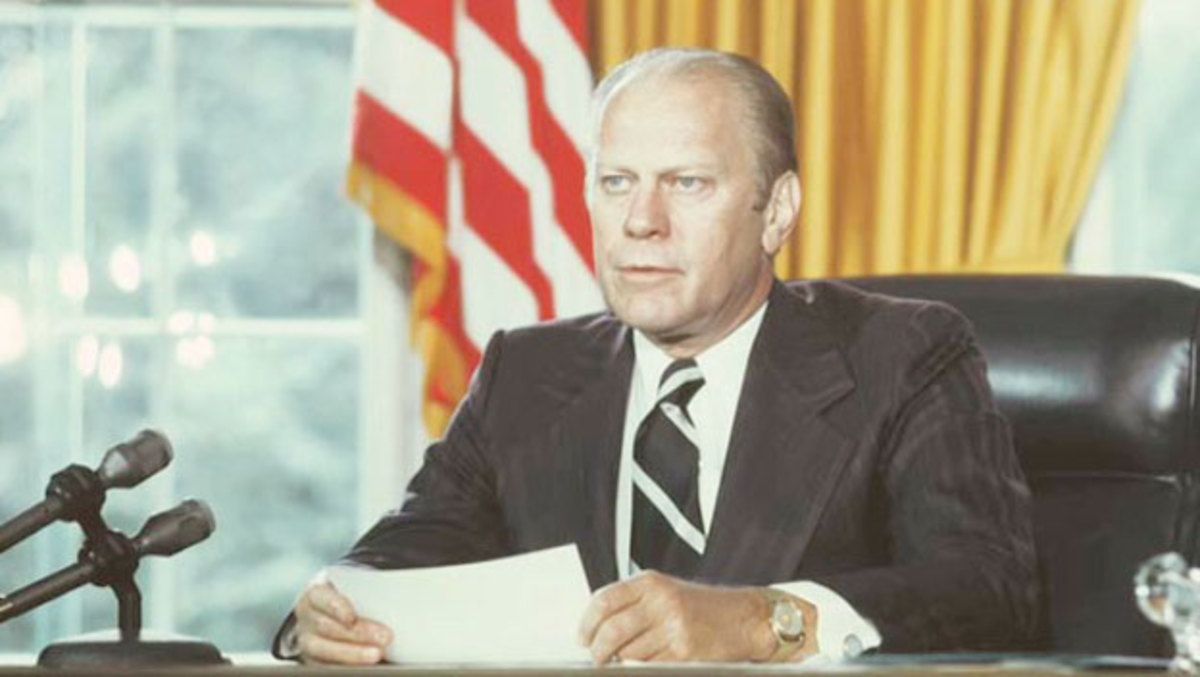 The Watergate scandal became a problem after the Nixon administration was caught engaging in illegal activities to try and rig Nixon's re-election campaign. In addition to the plan to beat the standard voter system, the Watergate scandal also encompassed further plans to cover up the Nixon administration's attempts to rig the election following his imminent re-election.

Nixon and his cronies got caught red-handed (similar to that of the current president, unfortunately for Nixon, he didn't take the time to liquidate the entirety of the federal government to implant his pals and threaten their jobs when his illegal and immoral activity came to light), which then prompted Nixon to retract from the public eye and make some difficult decisions.

Unlike our current president, Nixon admitted to his wrongdoing (without indicting himself) on national television. Congress had already passed multiple motions to impeach Nixon, so he bowed to public pressure and became the first president in American history to resign from his position.

Minutes after Nixon was flown off of the White House lawn, Gerald Ford was sworn in as president. He decided to take over Nixon's trial and give him an executive pass, rhetorically so he could stop the conversation about the Nixon administration's wrongdoing and focus on his own political agenda.