How The Coronavirus Death Toll Compares To Other Deadly US Events

Since the start of the COVID-19 outbreak in the United States, more than 64,000 people have died, and the number is only increasing. That number surpasses the amount of Americans killed in the Vietnam War.

While words and numbers don't really do the severity of these losses justice, charts also don't lie. While numbers lend to a visualizer, they don't tell the story behind each loss or the grief that each family experiences. 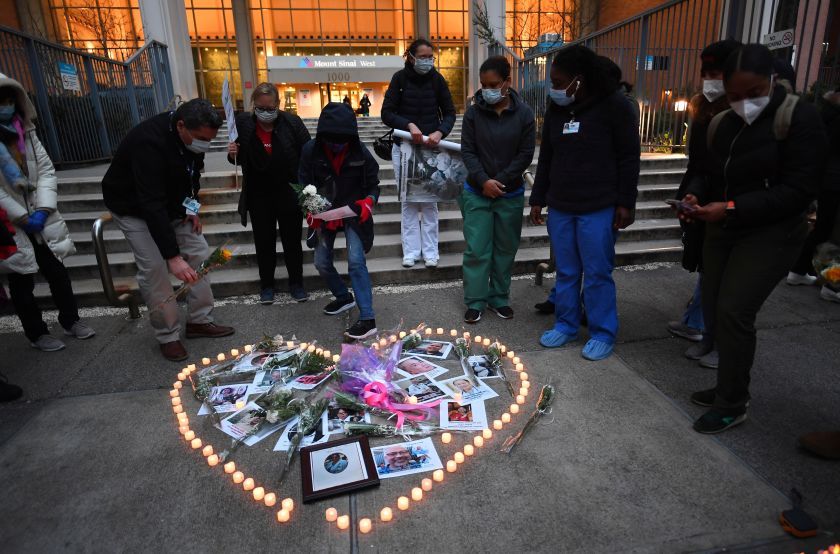 This chart shows the death tolls of various natural and man-made disasters, with the highest being the Spanish Flu and the lowest being the attack on Pearl Harbor. COVID-19 falls right in the middle with an unfortunate projection to increase. It's likely that the death toll will match that of 9/11 every day in the month of June until the curve flattens. 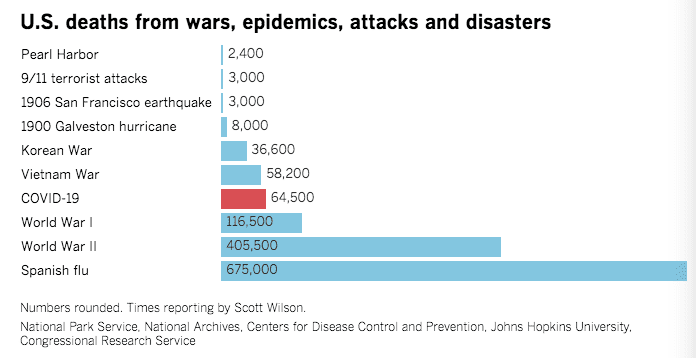 While a death toll has never surpassed that of the Spanish Flu and it seems unlikely that COVID-19's will, it's still important to put the losses into perspective so we can do what we can with social distancing practices to flatten the curve.