"Remember, Remember the 5th of November, Gunpowder, Treason, and Plot!" are the words to a British children's rhyme referring to the Gunpowder Plot of 1605.

Led by Robert Catesby, a group of provincial English Catholics failed an assassination attempt against King James I. The plan was to use 36 barrels of gunpowder to explode the Palace of Westminster. This explosion would successfully kill the King, Queen, church leaders, assorted nobles, and both Houses of Parliament. By placing the barrels strategically beneath the palace, they would take the Protestant reign down.

Guy Fawkes was arrested beneath the palace, standing beside 36 barrels of gunpowder, with matches in his pocket. Fawkes wasted no time exposing the other traitors in his party, eager to receive some pity from the authorities. It took until the fifth interrogation, but eventually, he gave them all up, including Catesby. The others were attempting to escape at this time, but not all of them made it out in time. 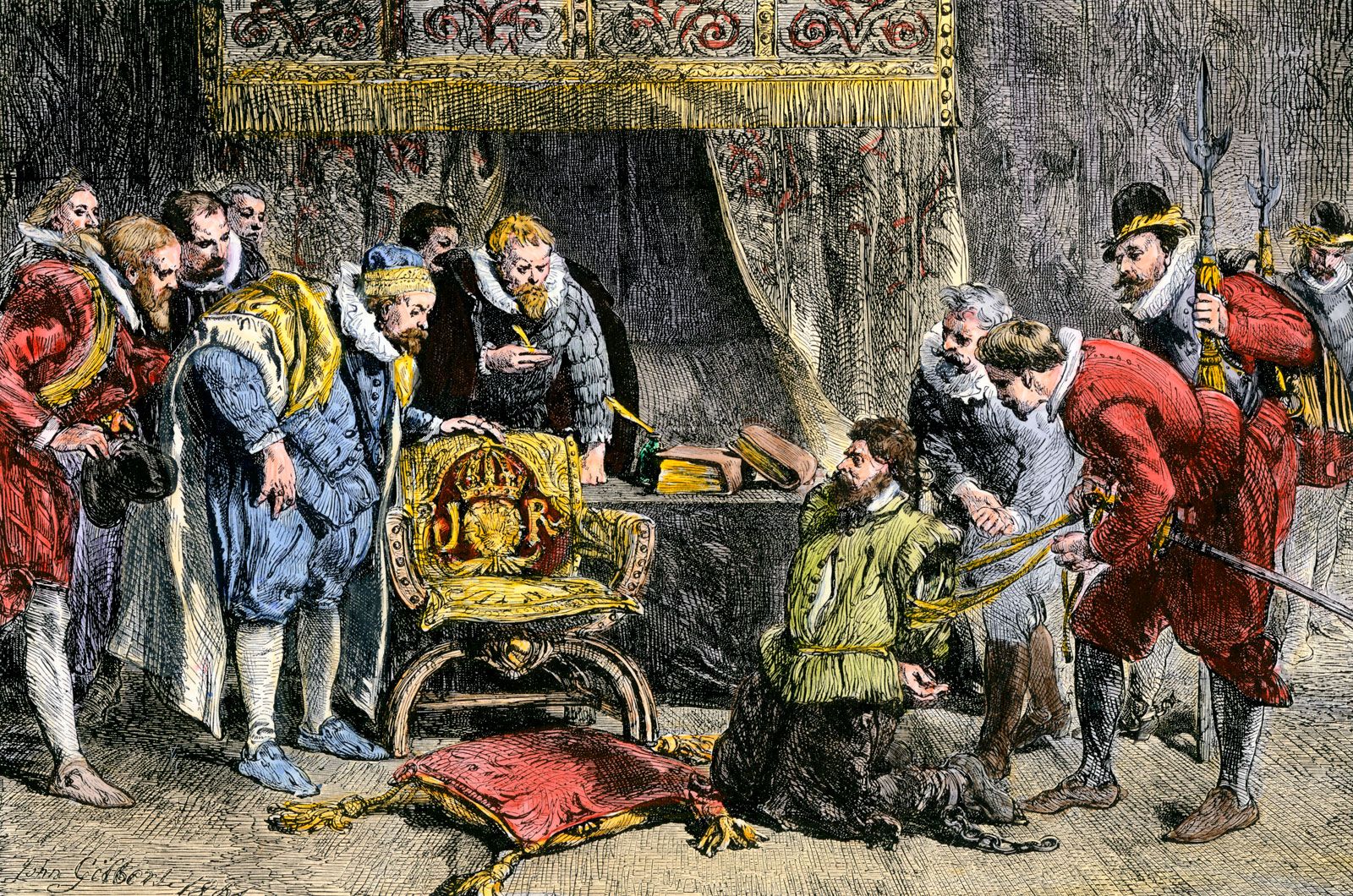 Fawkes was brutally tortured for his confession, but things got much worse after that. Catesby managed to elude the executioner, but not all were so lucky. Thomas Wintour, Ambrose Rookwood, Robert Keyes, and Guy Fawkes all were hung. Their bodies swung opposite the building they had planned to explode. Although he was very weak, Fawkes jumped before the door flew open. He broke his neck and escaped the long-winded death by hanging.