In 93 years of the Academy Awards, only once has the award for Best Director been given to a woman. This year, two women have been nominated in the category for the first time ever. While women make up over half the world's population, they are extremely underrepresented in the film industry, as are their stories.

In honor of the upcoming awards, set for April 25th, here are a collection of six films directed by women.

1. “Cléo de 5 à 7,” Agnès Varda - This film digs into the 1960s French society and how women were treated at this time. Cléo, the main character, is tried with accepting her morality while awaiting test results to find out if she has cancer. You can stream this film on HBO Max.

2. “Lingua Franca,” Isabel Sandoval - The film's main character, Olivia, is a caregiver, Filipina, and transgender woman, and in this film she in confronted and conflicted with all of her identities while existing as less than to her country. Sandoval is the first transgender woman of color to direct and star in a film that competed at the Venice Film Festival. You can stream this film on Netflix.

3. “The Watermelon Woman,” Cheryl Dunye - the film is a pseudo-documentary where the lead character, Cheryl, works at a video store and uncovers the details behind a 1930s actress that was erased from history. You can stream this on Showtime. 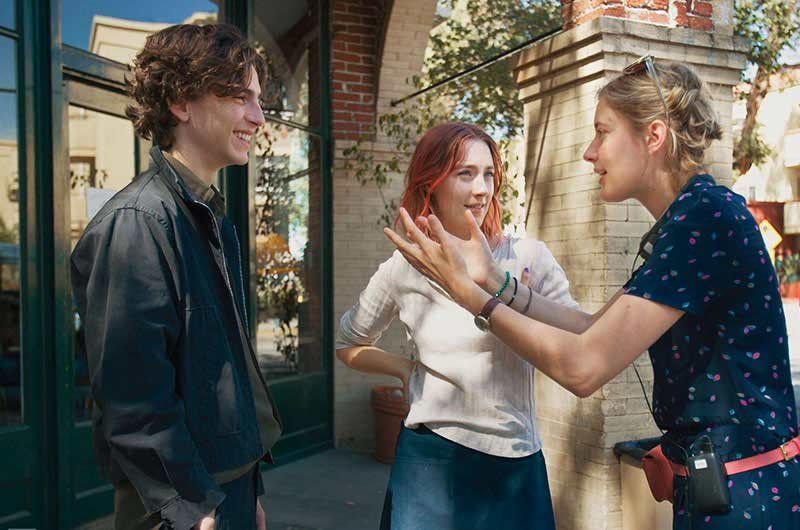 4. “We Need to Talk About Kevin,” Lynne Ramsay - This thriller stars Tilda Swinton as Eva, a mom who is unable to connect with her child. The non-linear storytelling has viewers attempting to connect the dots along the way. You can stream this on Prime Video.

5. “Nomadland,” Chloé Zhao - This film follows people who live off the grid after the 2008 financial crash. The film follows Fern, a woman who lives in her van and travels across the midwest. You can stream this film on Hulu.

6. “Lady Bird,” Greta Gerwig - This film is a coming-of-age tale starring Saoirse Ronan. It follows her character, Christine "Lady Bird" McPherson, in her senior year of high school while she attempts to grow through her apathetic teenage tendencies. You can stream "Lady Bird" on Netflix.