When Did People Start Using Money?

People have been exchanging goods and services with one another for thousands of years. But, the idea of currency is relatively nuanced. With the introduction of capitalism in a de-regulated secular state, the concept of currency has flourished.

Currency can be defined as "any object that can be exchanged for other objects based on a universal value system."

So, back in the day, this was a necessary action. People traded corn for cows, pearls for cloth, clay for glass, and pretty much everything in between for years until the dollar-style currency was introduced.

The Mesopotamian shekel is the first known form of currency. 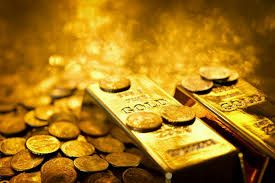 These coins were exclusively made of lead, copper, silver, and gold. They were originally used as participation chips for people who had served in the army.

After the battle was over, if a soldier brought a shekel to an inn, they could get a meal and boarding with the promise that an exchange would be made by the military leaders.

However, when more of this money started to flow around, other countries and civilizations created their own versions of secularized currency.

Shortly after that, the hoarding of currency began by wealthy and powerful families who decided that they didn't have enough power. This leads us to today.